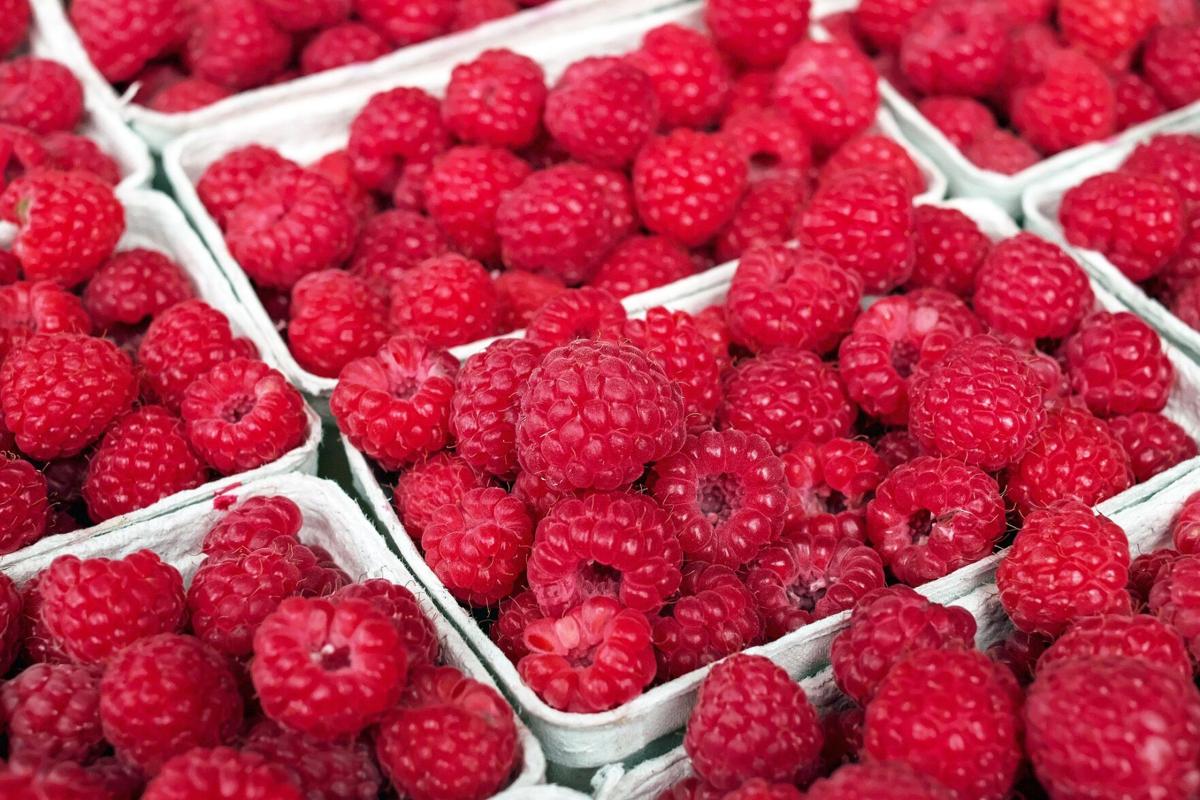 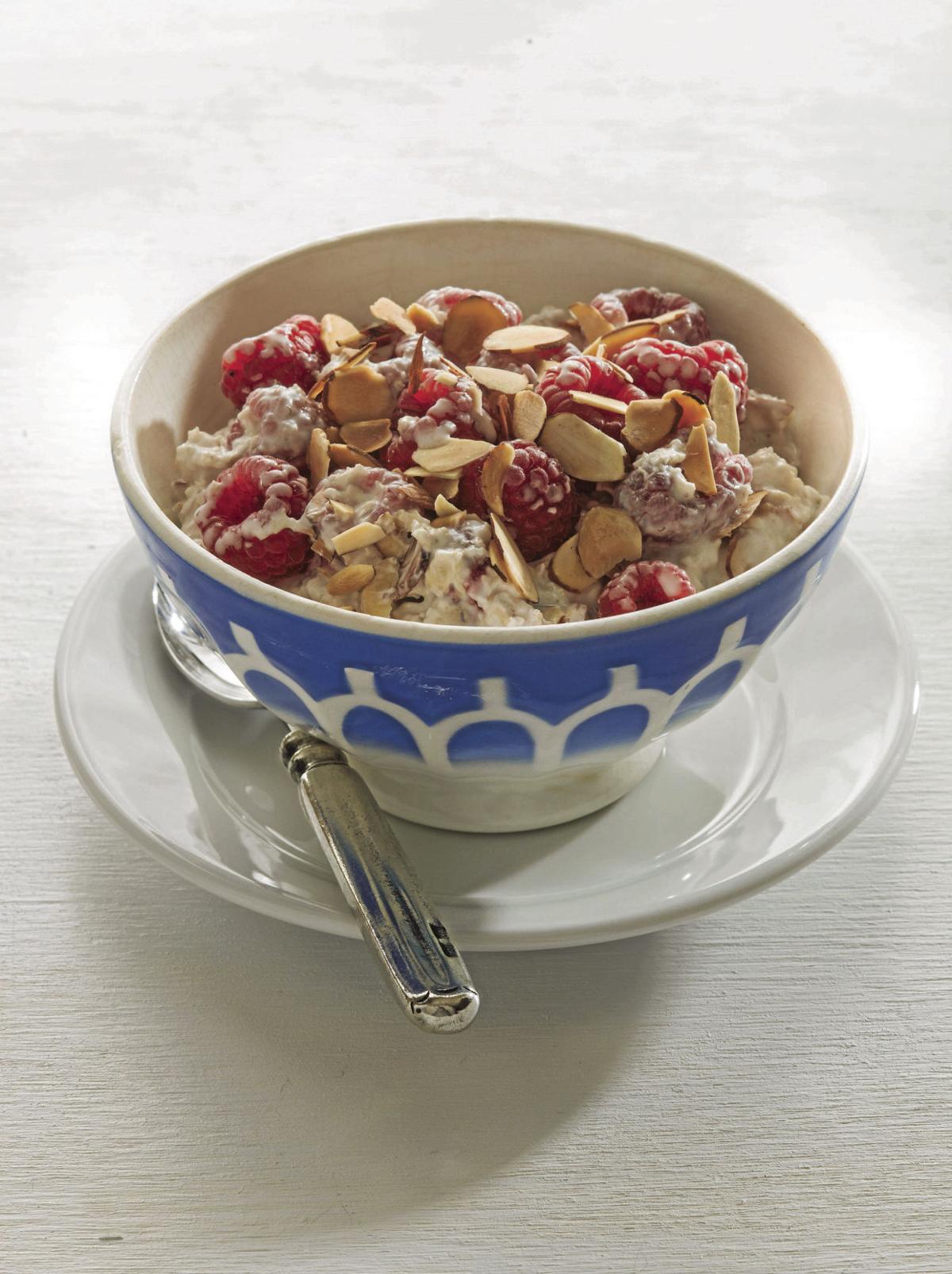 Raspberries are coveted for their ruby splendor and firm plump flesh that delivers a sunny splash of sweetness.

Raspberries are part of the rose (Rosaceae) family, along with apples, peaches, strawberries and almonds. An aggregate fruit, they’re made up of a grouping of smaller seed containing fruits that surround a hollow cavity.

Though red raspberries are most common, there are many color varieties, such as black, purple, orange, yellow, and true to folklore, white.

Well-known hybrids, such as loganberries and boysenberries belong to the raspberry clan along with several hundred cultivars. Beneath the delicate texture and subtly sweet tartness of this dainty berry lives a powerhouse of antioxidants that packs a nutritious punch.

One of the highest whole food sources of dietary fiber, one cup of raspberries packs 33% DV (DV=Daily Value, based on 2,000 calories/day) of dietary fiber, 54% DV of immunity-boosting vitamin C, and 41% DV of bone-healthy manganese.

Raspberries are plump with ellagic acid, the antioxidant thought to help prevent and fight several cancers.

Research has shown that it attacks cancer cells by helping the body remove carcinogens and slowing cancer cell reproduction. Raspberries are also armed with anthocyanins, another powerful antioxidant thought to inhibit growth of tumor cells and encourage cancer cells to die off faster. According to a review published in Advances in Nutrition (2016), emerging research supports red raspberries’ anti-inflammatory and antioxidant components, which suggest a key role for them reducing the risk for chronic diseases.

Raspberries are best in early to midsummer through early fall. Because they are highly perishable, treat them gently and purchase only a day or two before use. Refrigerate, unwashed, in a single layer covered with plastic wrap. Wash carefully and pat dry just before serving. Fresh or frozen, raspberries are versatile as a topping for salads, cereals and desserts, and in smoothies, vinaigrettes, sauces and drinks.

Legend has it that raspberries were originally white until infant Zeus’ nursemaid, the nymph Ida, pricked a finger picking the pale berries for him, tinting them forevermore with her blood. Her tale, and the fact that raspberries date back to the first century, when the people of Troy picked them in the foothills of Mount Ida, is immortalized in the botanical name for the red raspberry, Rubus Idaeus, where rubus means red and Idaeus means belonging to Ida. Wild red raspberries were used as food, medicine, and pigment for art through the ages. Leaves and other parts of the plant were made into throat gargles, digestive cures, and soothers of morning sickness. The third most popular berry in the U.S. (after strawberries and blueberries), raspberries deliver big flavor in a tiny, nutrient-rich package.